Why book with us?

Why book with us? 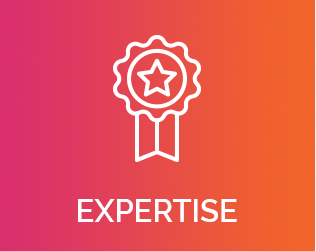 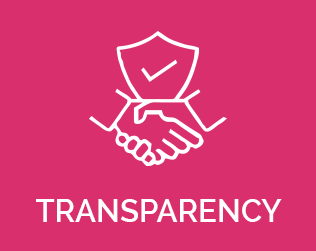 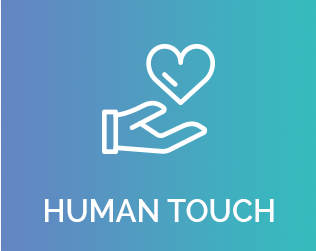 Interested in making this destination your next dream vacation? Plan it with us.

Sri Lanka is fast becoming the new kid on the block to go explore. The beauty of this destination is that it offers some of the most renowned and spectacular beaches in the world plus some truly magnificent monuments and cultural experiences.

In essence, this is a destination to be explored by those seeking adventure, some down time or a cultural experience like no other

Prices advertised are based on the rate of exchange at the time of publishing and are subject to change without prior notice due to airfare increases and currency fluctuations.
Valid for dates as specified. Alternative dates are available and will be quoted on request.
All prices are per person sharing a double/twin room unless otherwise specified. Single supplements will apply and will be quoted on request.
Packages are subject to availability at the time of the reservation.
Advance purchase, peak season surcharges, block out periods and minimum stay conditions may apply. Surcharges may apply for departures on certain days of the week.
Rebooking and cancellations fees apply.

Meet & Assist on arrival by  representative and transfer from Airport to Colombo.
Enjoy a city tour of Colombo which is the largest city and former administrative capital of Sri Lanka and is a busy and vibrant city with a mixture of modern life and remnants of a bygone colonial era. Due to its large harbour and its strategic position along the East-West sea trade routes, Colombo was known to ancient traders 2,000 years ago. However it was only made the Capital of the island when Sri Lanka was ceded to the British Empire in 1815. The main city is home to a majority of the Sri Lanka’s corporate offices, restaurants and entertainment venues. On this tour you will visit many of the historical, religious and commercial sites of Colombo including the historic and bustling Fort and Pettah, the elite residential Cinnamon Gardens, the Galle face Green, Viharamahadevi Park and much more.

Visit below sighting places en-route Dambulla:
**Spice garden in Mawanella
**Giragama Tea Factory and Estate.
**Three temples which are Gadaladeniya, Embekke devala & Lankathilake in Pilimathalawe
Proceed and check-in at the hotel. Overnight stay at the Hotel.

Breakfast at Hotel and leave to Sigiriya to climb the rock fortress.

Sigiriya is a “World Heritage Site” and the 5th Century “Fortress in the Sky” which is perhaps the most fantastic single wonder of the Island. It is also known as Lion Rock because of the huge lion that used to stand at the entrance to the Palace on the summit of the 600-foot high rock. On its summit are the foundations of the Royal Palace, Water Tanks to supply water and all other buildings and at the edges the guardhouses. On one of the stairways the only known ancient work of Sinhala secular painting survived in the form of Frescoes of 21 life sized damsels still shining in their original colours. The Water Gardens, Fountain Garden, Summerhouses, Boulder Gardens and the Caves within the enclosed area should not be missed.

Proceed to Polonnaruwa. The 2nd most ancient kingdom of Sri Lanka is an interesting mix of Buddhist and Hindu structures that are a testament to the different kings who reigned over this ancient kingdom. Polonnaruwa rose to prominence between the 11th and 13th centuries and thrived during the reign of the famous monarch, King Parakramabahu I, who did much to create a resplendent city. His greatest achievement was the construction of the sea of Parakrama, a huge water reservoir spanning an area of 6280 acres. The ruins at Polonnaruwa are within walking distance and many of them set in tree-shaded areas, a welcome refuge from the tropical sun. This ancient city is one of the best planned archeological relic sites in the country, standing testimony to the discipline and greatness of the Kingdom’s first rulers. Duran, Duran used Polonnaruwa as a back drop to their music video ‘Save a Prayer’ in 1982.
Overnight stay at the Hotel.

Enjoy a sightseeing tour of Kandy which is a UNESCO world heritage site. The historic city about 480m above sea level surrounded by mountains was known to Sri Lankan as Kanda Uda Rata, which means the hill country. Kandy was home to Sri Lanka’s last independent Kingdom, which survived two centuries of colonial incursion before finally falling to the British at the beginning of the nineteenth century. Visit the Temple of the tooth, The Royal Botanical Gardens, the Peradeniya University campus and catch a panoramic view of the picturesque town from Upper Lake Drive. Kandy Gem Museum visit.

The Kandyan dance has become most distinctively Sinhalese and is readily associated with the idea of a National Dance. This development can be explained by the fact that the Kandyan Kingdom was the last of the Sinhala kingdoms to fall under foreign rule (1815).

Check-in at the hotel and spend the rest of the day at leisure.

Overnight stay at the Hotel.

Transfer from Kandy to Nuwara Eliya.

The ‘Little England’ of Sri Lanka, is set against beautiful backdrops of Mountains, Valleys, Waterfalls and Tea Plantations. It is supposed to be one of the coolest places in the Island, but it is really just like an English spring day, although the temperature does drop at night. All around Nuwara Eliya you will see evidence of the British influence, houses like country cottages or Queen Ann style mansions. The Victoria Park, in the middle of the town, is a lovely place for a stroll or a picnic and is also good for Birding as you get some rare birds in this Park. Seasons may be absent elsewhere in Sri Lanka, but here you can read them by the flowers, which bloom in the spring (March to May) and the fall (August and September). These are the “seasons” when low-country folk flock to Nuwara eEliya to escape the sea level heat and humidity.
Check in at Hotel.
Overnight stay the hotel.

Travel to Waskaduwa and check-in at the hotel.

Breakfast at the hotel.

Spend the day at leisure. (Vehicle at disposal for 80KM).

Day 8 – Waskaduwa/Departure
Breakfast at Hotel. Proceed to Airport for departure.

The ‘Pearl of the Indian Ocean’, Sri Lanka is a stunningly beautiful island in the Indian Ocean, with an interior of dense tropical jungles framed by sandy golden beaches. The teardrop-shaped island is made up of a mountainous landscape with more than a hundred picturesque waterfalls and innumerable hiking trails leading to breathtaking vistas like the famous World’s End.

Send us an enquiry for your dream holiday.

One of our travel creators will be in touch to qualify your exact requirements with personal recommendations.

A quote will be sent with a couple of suitable options.

Send us your moola!

Step 1
Send us an enquiry for your dream holiday.

Step 2
One of our travel creators will be in touch to qualify your exact requirements with personal recommendations.

Step 3
A quote will be sent with a couple of suitable options.

Step 4
Send us your moola!

Send us an enquiry for your dream holiday.

A quote will be sent with a couple of suitable options.

Send us your moola!

Looking for something
a little different?

Let one of our travel experts assist you and answer any
questions you might have regarding your upcoming holiday.